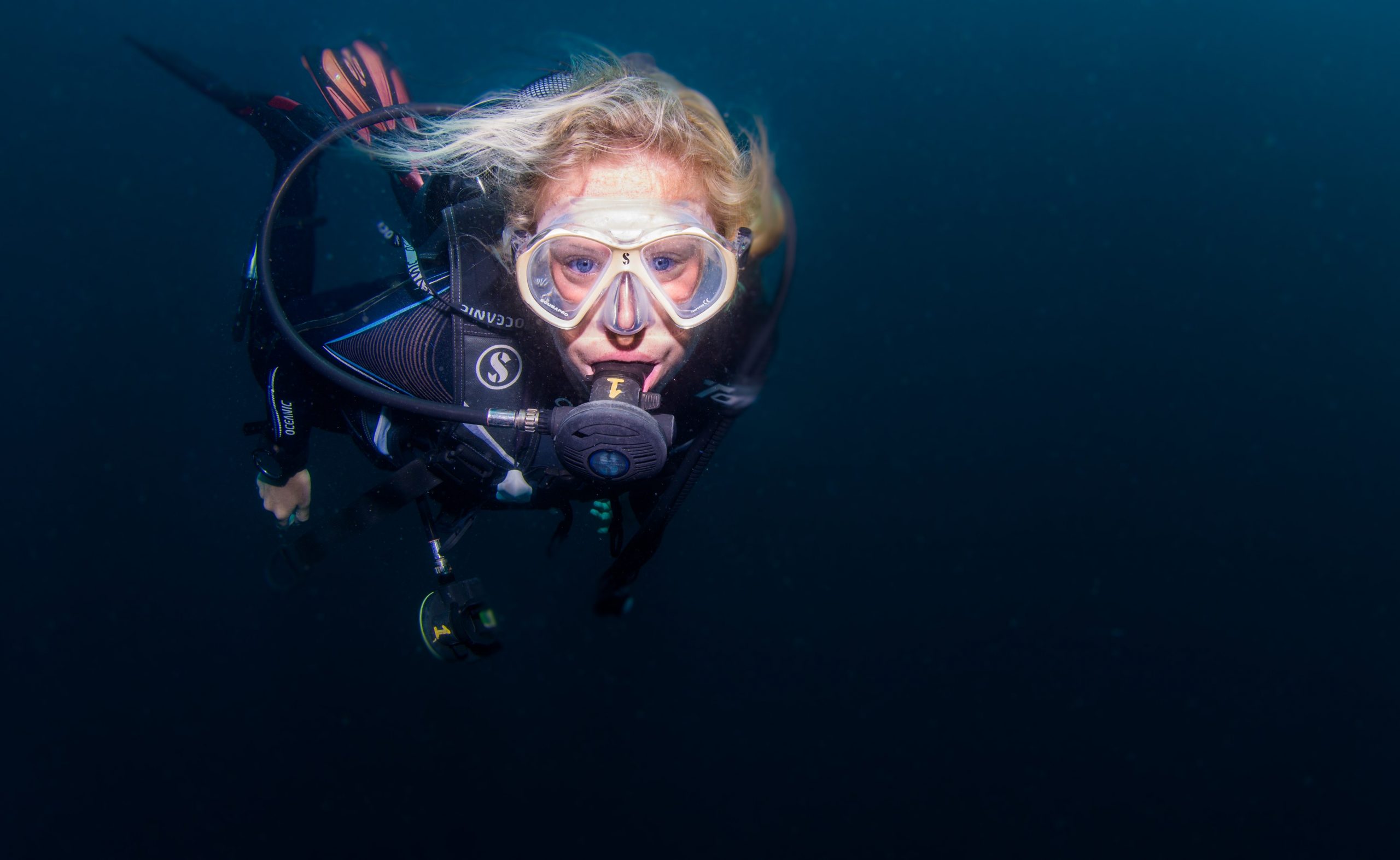 It can take us a lifetime to find our true calling (and some of us never do).

Not so for Francesca Trotman. Twenty-something shark lover and founder of Love the Oceans, talks to me about her pioneering non-profit in Mozambique and what she describes as her life’s work…

“I was a strange kid. I used to draw sharks all over my school books.”

“I remember standing with my face pressed up against the shark tank at the London Aquarium. The guy cleaning the tank gave me a tooth that one of the shark’s had shed. I was only 8-years old.

Now I know more about them, I’m even more obsessed – they’re the reason I’m here in Mozambique, doing what I do.”

With your intrepid lifestyle, I’m imagining your family to be like The Incredibles..?

“I’m actually the only outdoorsy person in my whole family. My Dad works in customer experience, my Mum is an Estate Agent and my brother is a super-clever corporate lawyer.

I learnt to scuba dive during a family holiday in Barbados and I was hooked. By the time I was 19-years old, I’d gained my PADI Dive Master. I then enrolled in a Masters in Marine Biology, at Southampton University.”

As part of her studies, Francesca took an internship and witnessed her first shark killing in Guinjata Bay, Mozambique.

“It was very emotional. I was so angry but I could see the problems were with the shark finning industry as a whole, not the individual fishermen.”

“It motivated me to do my dissertation on the shark industry, to understand the specific nature and scale of the problem.” 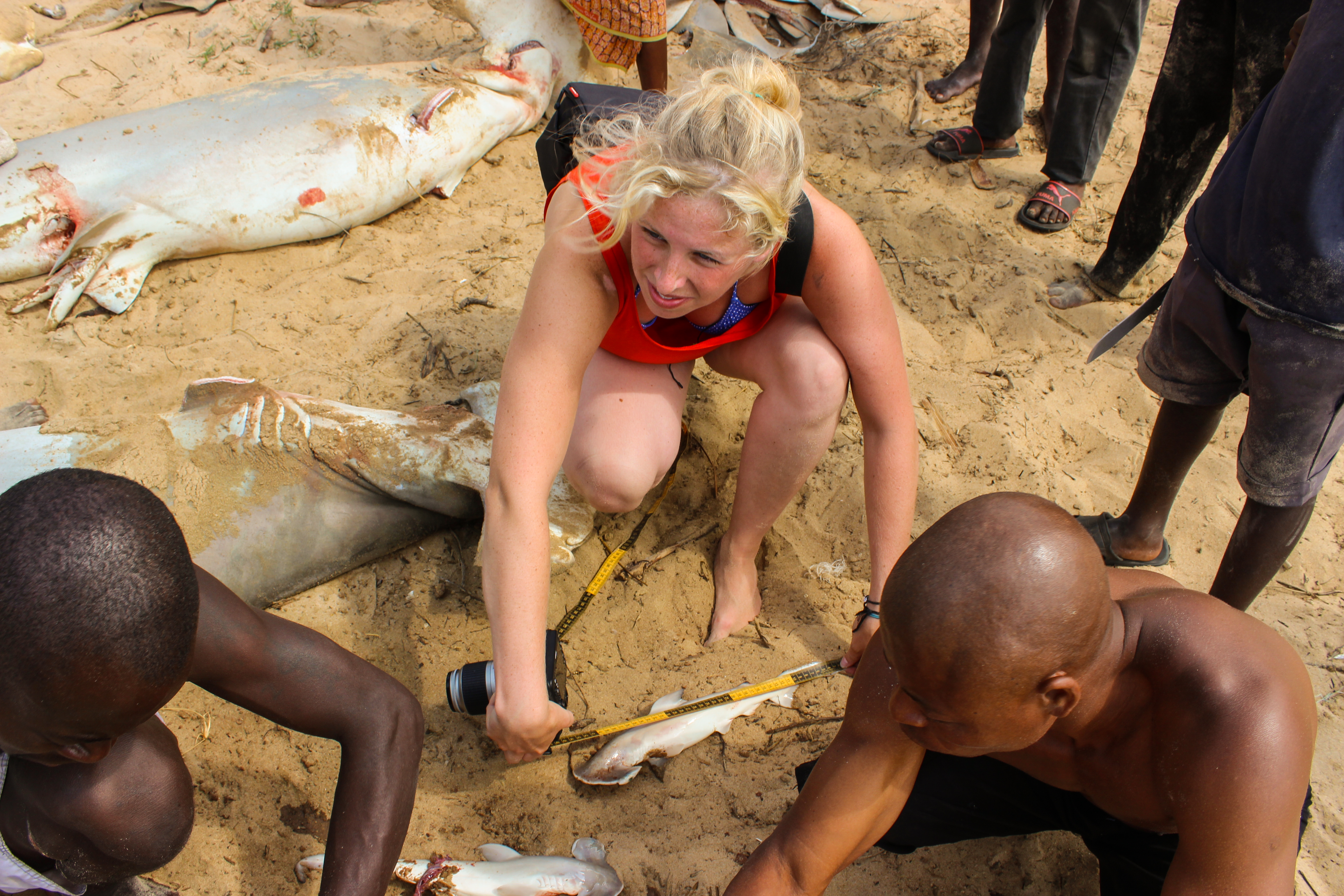 Sharks have been swimming in the oceans since before dinosaurs walked the earth. They play a vital role in keeping our oceans healthy and yet, at least 100 million sharks are slaughtered, every year.

“People don’t understand that sharks are a keystone species and that they’d likely lose the fish they have with their chips, if they didn’t exist.”

“They are arguably the most misunderstood creature on the planet. There are less than 12 fatal shark attacks a year. In fact, more people are killed by cows, but propaganda creates a completely different image from the truth.”

One of the biggest reasons for society’s deeply entrenched hatred of sharks is the ‘Jaws effect’.

Jaws, a 1975 blockbuster movie (from the No.1 bestselling book), is thought to be responsible for a massive shark cull in the years following the release of the film. (Population of certain shark species in the Northwest Atlantic Ocean alone, dropped between 69-89%).

When you watch the trailer and hear lines like, “it is as if God created the Devil and gave him jaws..”, the lack of sympathy for the plight of sharks is hardly surprising.

Years after writing his best-selling book, the author of Jaws, Peter Benchley said, “knowing what I know now, I could never write that book today. Sharks don’t target human beings, and they certainly don’t hold grudges.”

He spent much of the rest of his life campaigning for the protection of sharks.

Over fourty years on, Jaws has cult status around the world and is still very much in our psyche.

And it’s not just Jaws…

Francesca believes that The Meg, the most recent of the scare-mongering anti-shark movies, will again reinforce the view that sharks are ‘man-eaters’ and ‘killing machines’.

The vision for Love the Oceans is to create a successful conservation strategy that can be replicated up and down the coastline of Mozambique and other developing nations. Alleviating poverty and empowering local communities to protect their oceans.

“It’s a bottom-up approach. We believe it’s important to enable the community to manage their own marine resources. We want to help integrate conservation into their culture, rather than try to force western values on them.”

The two newest additions to Love the Oceans’ Community Outreach are the Ocean Conservation Champion Program and Sustainable Livelihoods Program; pilots for both programs will be launched in 2019.

They also teach Marine Resource Management lessons at local schools and raise money to improve classrooms; building one new classroom at each of the schools, every year.

“We have expanded our Community Outreach to include sea safety and free swimming lessons, as Guinjata Bay has a strong rip-current and drownings are common. Swimming lessons are crucial, not just to improve water safety, but also to encourage the children to get in the water and hopefully spark their passion for the ocean.”

Since 2015, Love the Oceans has been collecting sightings data on the flagship marine species in the area, including humpback whales, whale sharks and manta rays. An expansion of responsible whale watching and the associated increased revenue, would provide a financial incentive for the government to offer protection for the area.

“We collect frequency data to prove that there are more than enough humpback whale sightings to support a sustainable ecotourism industry.

Sightings data on whale sharks and manta rays is also collected to study population size, habitat use and regional migration patterns. This will strengthen our proposal for habitat protection, to allow these flagship marine species to thrive and encourage ecotourism. In turn, generating revenue for the local community.”

Ocean trash was officially added to Love the Oceans’ research in 2017. Their beach cleans have removed hundreds of kilograms of trash off remote beaches.

They log the beach cleans to identify which types of trash are the most common. Unsurprisingly, nearly 100% of the collected trash is plastic, with a huge portion of that being single-use.

“We hope to reduce plastic consumption in our area. We run workshops with the local community to show them how plastic can be used as a building material. And, we run joint programs with like-minded brands. Like our campaign this June with Deakin and Blue where for every swimsuit purchased, we removed 2kg of trash from the beaches and ocean.”

Volunteering for Love the Oceans

“To date we’ve hosted well over 100 volunteers from countries around the world, to help us with our research and outreach work. Being a micro non-profit means we value every volunteer.

When our volunteers arrive here in Mozambique, they have the opportunity to spend time with our team of qualified marine biologists, who are all passionate about different areas of marine science.”

So, if you love the oceans and are feeling intrepid, you can find out more about Love the Oceans and their volunteer program, here.

If like me, you’re not at your intrepid best today, you can support Love the Oceans by following and sharing their stories on twitter and instagram.

(Or show the sharks you care by buying a “Let’s get hammered!” Christmas jumper here.) 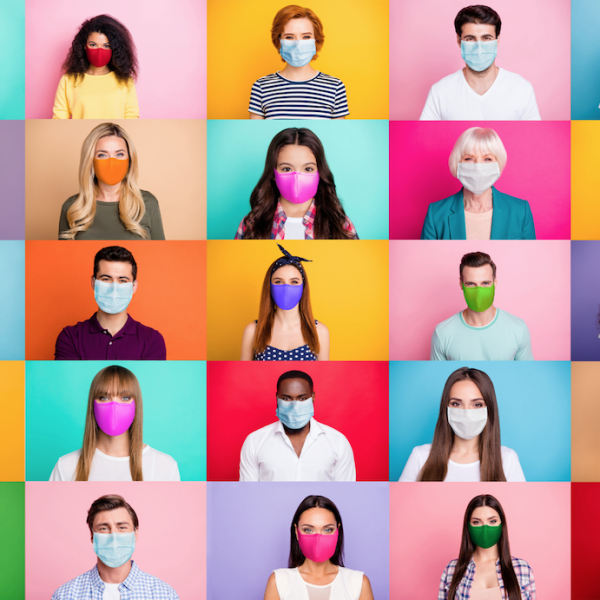 The role of sharing, in creating diversity and wellbeing in the workplace; interview with Sophie Smallwood, Co-CEO of Roleshare 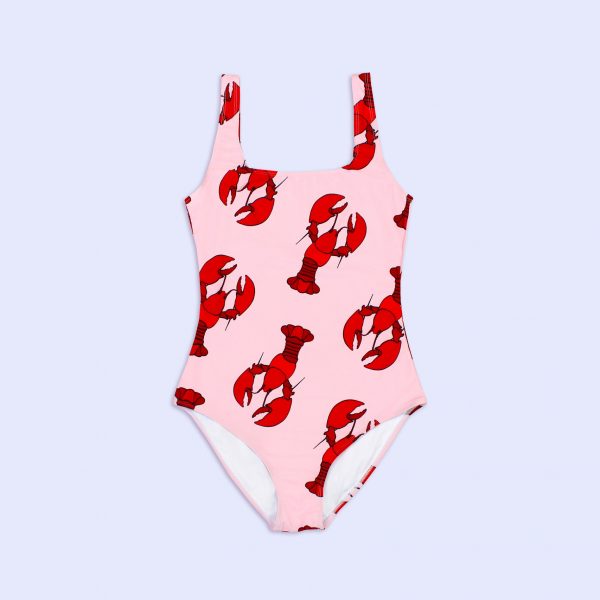 Does your brand have the potential to make a positive impact, either through its product/service, or by using its platform and voice? If so, we can help you identify and articulate your purpose, or sharpen-up the one you've got... END_OF_DOCUMENT_TOKEN_TO_BE_REPLACED